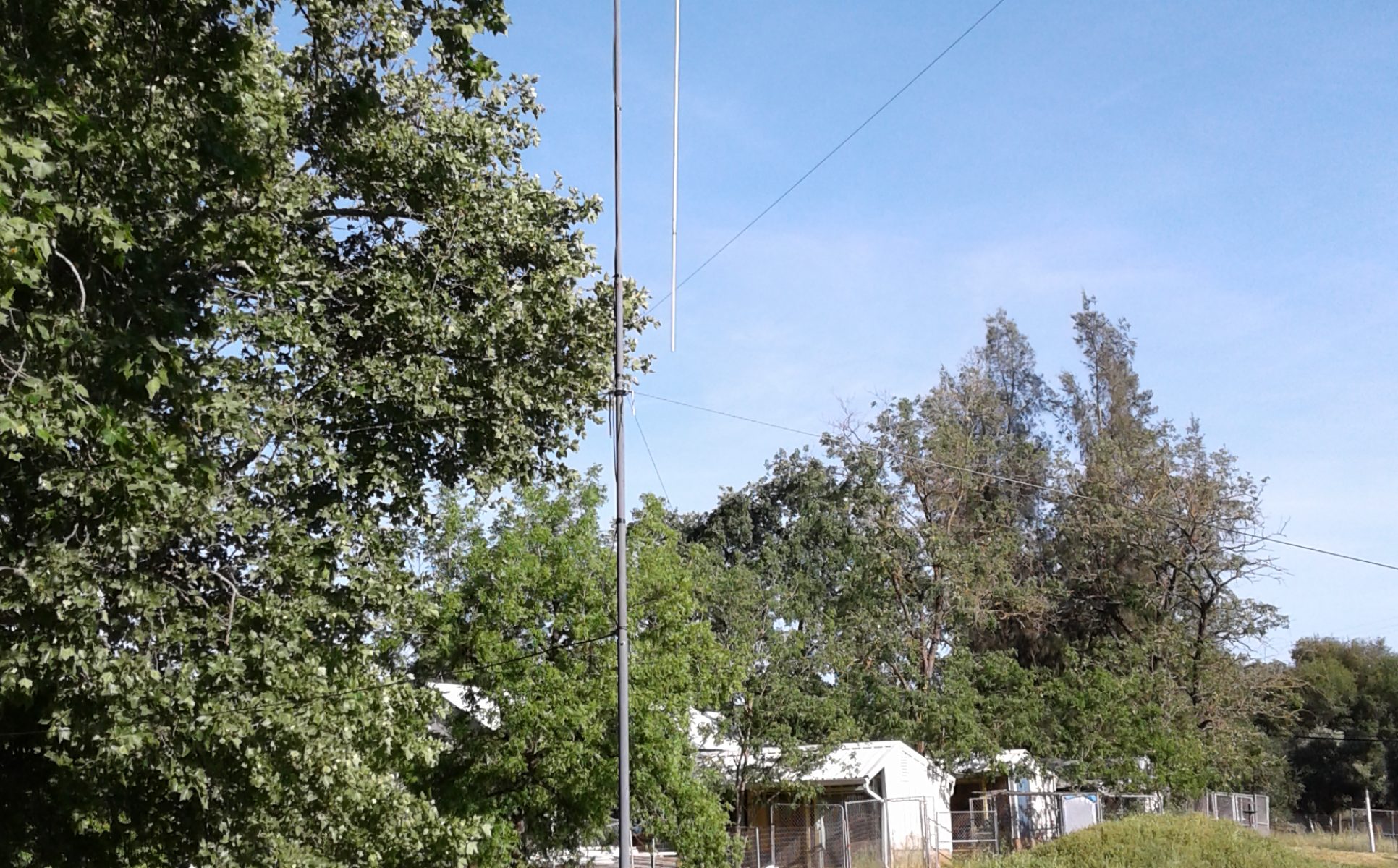 The public service radio systems are all trying to move off the frequencies from 30-50 Mhz and are crowding into high-band 150-170 Mhz with closer channel spacing. The reason is strong interference when ionospheric skip propagation brings another station 1000 miles away right on the same channel the local agency is using, ruining and confusing communications for both. However, we radio amateurs are not locked into specific channels, so we can move frequency and keep right on communicating.

The low band is much better at getting through forests and over mountain terrain than high band within about a 30 mile radius. Amateurs have also neglected this resource in their emcoms toolkit in favor of using more repeaters and more technology on line-of-sight frequencies. That requires placing relay stations on ridge tops or having repeaters/digipeaters available. 28 Mhz antennas are simple, and most all HF transceivers have 28 Mhz SSB. Many newer rigs have 10 MHz SSB capability.

In Butte County we need both line-of-sight and rough terrain communications ability. Did you know that 70 percent of Butte County land area is in mountainous terrain? Hams naturally think all we need is 80 and 40 meters in that situation, but think about it….you have to get a clear frequency and hold a clear frequency. Those bands are better suited for longer range of 100 or 200 miles than 25 miles. So, how best do we use the low VHF bands of 10 and 6 meters?

Most HF hams have a radio capable of 100w SSB on 10 meters for local ground wave coverage. With a vertically polarized base station antenna a range of 25 miles can be expected, even over ridges and into canyons. With digital modes it will work better, some modes going below the noise floor. Mobile and portable stations will be able to communicate with a good base, even if it is not on a hilltop.

Much experimentation can be done using the new sound card digital modes that allow weak signals to cut through the noise on low band. Many hams already have radio equipment for 10 meters and 6 meters, but there is not much activity since we are in the low part of the sunspot cycle. Let’s give it a go and see what can be done! Maybe compare with signals on 2 meter SSB digital modes from same remote locations and see which works the best.

So how do Low Band VHF operations fit in the local community radio network we mentioned in last months presentation? First let the repeaters and packet digipeters stay in use for the ARES groups etc. Then the citizens network can have some hams with home stations who are liason between the citizens on FRS/GMRS radios, CB radios, and information gathered from scanners, ARES networks, Sheriffs dept, Animal disaster group. The hams can reach whoever is needed and relay messages and information. This doesn’t just happen!  Protocols need to be worked out and practiced! Hams get good at whatever they spend time doing. Right now it is FT-8 which doesnt help at all during a disaster. Ad-hoc networks need to be worked out and practice using various modes so operators are in place and ready practicing with the community radio network. Local citizens know what to tune in to, where the hams are etc.

Now if you plan to use low band 30-50 MHz you must have some reasonable and effective antennas!

Although the DXers all use horizontal antennas, local communication should be done with verticals. That way we can use simple whips on mobiles instead of halos or other cumbersome structures. Also, a low vertical puts out a good ground wave, which is what we want.

Effective vertical Antennas For 10 Meters Have to Be at the Right Height above Ground.

The half wave radiating portion of an antenna is best at ½ to ¾ wave above ground level. If you can’t get it that high, then use 1/8 wave.

1/8 wave the base of the antenna is 1.3m high or a bit over 4 ft. So you could mount that on a drive-on mast for a portable vehicle station.

Lower than ½ wave lowers the ground gain and increases loss from local obstructions, increases local noise pickup, higher than ¾ wave increases high angle lobes, which increases sun and sky noise pickup. It is possible if the antenna is raised really high the lowest radiation lobe goes lower to the horizon, but the ground reflections still ruin the rx signal/noise ratio. An effective all-around height for a vertical on 10m/6m gives best elevation lobes in the range that works for local and sporadic E/ backscatter.

I just considered the ½ wave dipole as a vertical. What about a ground plane with sloping radials? I tried a bit of modeling and that type has to be raised higher to have the same effective pattern. The radials raise the radiation angle. OK, what about the 5/8 wave vertical, the modified CB base antenna? Just consider that the ½ wave radiator begins and extra 1/8 wave above true reflecting ground. There is nothing magic and super-gain about a 5/8 wave! It simply raises the high current portion of the antenna by 1/8 wave, so that the effective height is higher, so you can drop the base (ground radials) of the mast by 1/8 wave and keep the effective ½ wave in that 17 to 24 ft above ground.

The ½ wave vertical dipole I built can operate 11m CB and 10m up to 28.5 MHz without a tuner, I have used with a tuner at 29MHz and checked in to the OARS net via a repeater on Mt St. Helena which was linked via a 6m remote base to the 2m machine on Kelly Ridge. I also set up a MT-63 beacon once and was able to rx it on the far side of Table Mountain with horrible power line noise near Spring Valley School. So I consider it has proven in practice to be an effective antenna.

A number of years ago there was a 10m CW beacon in a ham’s back yard in Chico. It ran 25w into a 5/8 ground plane. I could hear it about the same (weak but there) at home in Oroville as I could on a mobile whip near Chester.

Back when I was doing CB we used to talk among the locals at night because it was really quiet rx, and there were no skip signals blasting the channel.

Notice there is a good quiet pattern for both of these heights, and 1.5 Db of difference in gain at low angles. The real difference in effectiveness is the higher one has less ground clutter loss and better low angle gain, but both are useful at a reasonable height that is doable with a simple support mast.

This is an example of an antenna for the 10 meter band, six meter 50 MHz antennas are just shorter and physically lower for the same effect. My observation of 6m band for local work is that it is similar to 2m but more susceptible to noise, a bit more signal through forest than 2m. If you have to work in a noisy location stick with UHF bands and communicate/relay through a station that has quiet rx. That is why I promote people who have a quiet rural location to set up good antennas and capable stations on low band and practice relaying messages with people in town on high bands and communicating town to town on low band vhf.