Wireless communication was pioneered by experimenters who built their own equipment.  Hams were relegated to the “useless” shorter wavelengths in the early days of commercial radio, and guess what? They discovered Ionospheric wave propagation which could enable worldwide hops of shortwave radio signals. Many technologies we now take for granted were pioneered by hams: voice radio modulation including AM, SSB and FM, also Television, FAX, and hams had their own internet by radio back in the late 1970s…..packet radio networks and bulletin board systems. 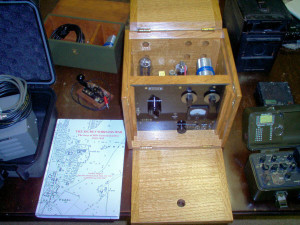 Since most modern radio transceivers are so complex and miniaturized, many hams just build their own antennas and radio system accessories.  Some highly effective stations have home brew antenna systems!